Shrine of the Dragon God is a Location in Demon's Souls Remake. Archstone of the Dragon God Demon. The underground shrine was constructed both to worship and imprison the Dragon God. The miners' ancestors were inspired to faith by the great dragon bones, and paid their respects by maintaining the shrine with great care. 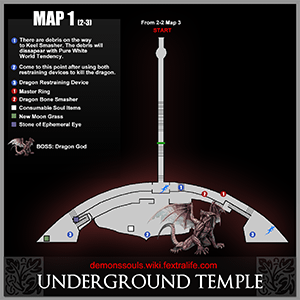 The debris on the left path will be cleared, beyond which you will find a unique Dragon Bone Smasher. There's also a Crystal Lizard there. 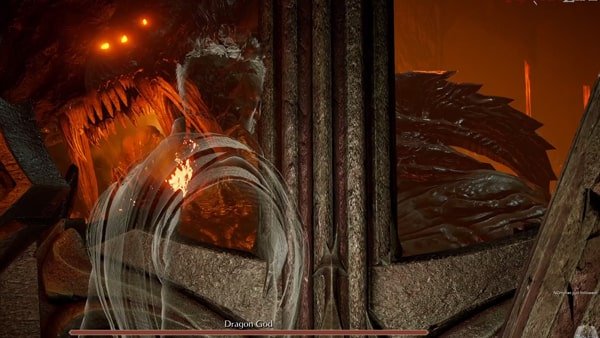 Upon entering, go straight and turn right. Walk up to the pillars that are blocking your path and bait the Dragon God to attack where you're standing, be ready to dodge when it's about to attack. The impact will destroy the pillars, allowing you to continue further. You'll see that there's another set of pillars blocking your way, so you have to bait the boss again to destroy the pillars. Timing is key here so that you can avoid the attack that can instantly kill you. 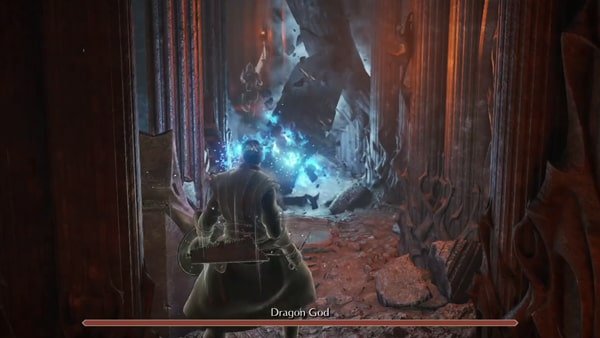 Another way to do this is to use your magic to break the pillars, it'll need a few attacks before it's completely destroyed. Just make sure you're hiding behind a pillar so that the Dragon God doesn't see you. When it looks away, just run behind another frame and continue destroying the remaining pillars blocking your way with long-range magic. When you reach the end, you'll find a corpse against a wall that you can loot to obtain x2 New Moon Grass. 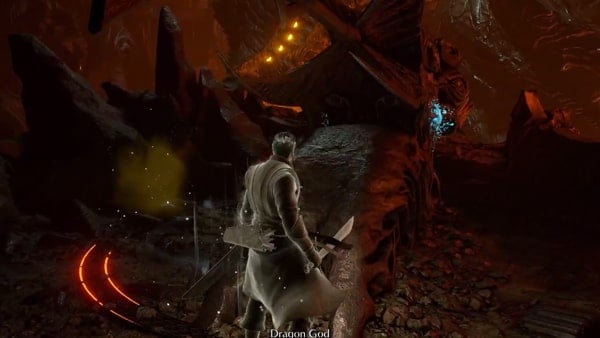 Now, you'll see that there's a ballista. Simply walk up to the glowing button that's on the right side and press it. A short cutscene will trigger where you'll see a large harpoon shoots the Dragon God from the ballista. The Dragon God then slams its fist onto the ballista, destroying it and opening up a path for you to take. 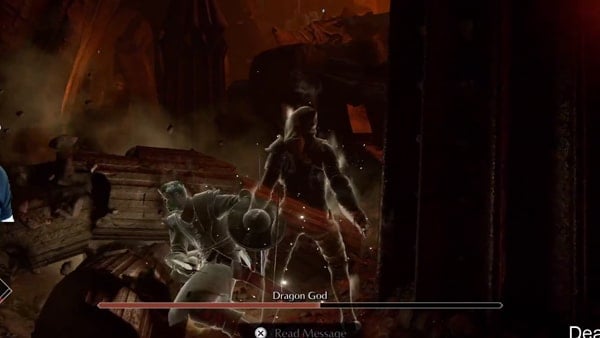 Quickly head to the bottom section and loot another corpse to find x1 Stone of Ephemeral Eyes. Continue going west, but again, don't forget to hide behind the pillars, you'll need to destroy the rubble ahead, just like you did earlier so that you can pass through. This path is quite long, so you have to be mindful that the humungous demon doesn't catch you as you move. At the end of the path, head up the steps and you'll find the second ballista. Activate it by pressing the glowing button and it'll shoot the large harpoon at the demon - this will make the Dragon God unconscious, leaving it with little HP. 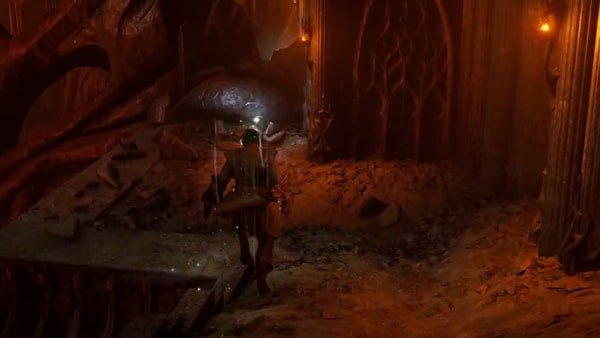 After activating the second ballista, when you turn back head to the narrow walkway on your right to find x1 Master's Ring on a corpse. There's also a Crystal Lizard near the second ballista. Near the face of the Dragon God, there's a lootable body that contains x1 Legendary Soldier's Soul. Once he's gone, touch the Archstone to obtain. x1 Dragon Demon's Soul and x1 Pure Dragonstone.

Shrine of the Dragon God Video

Shrine of the Dragon God Map 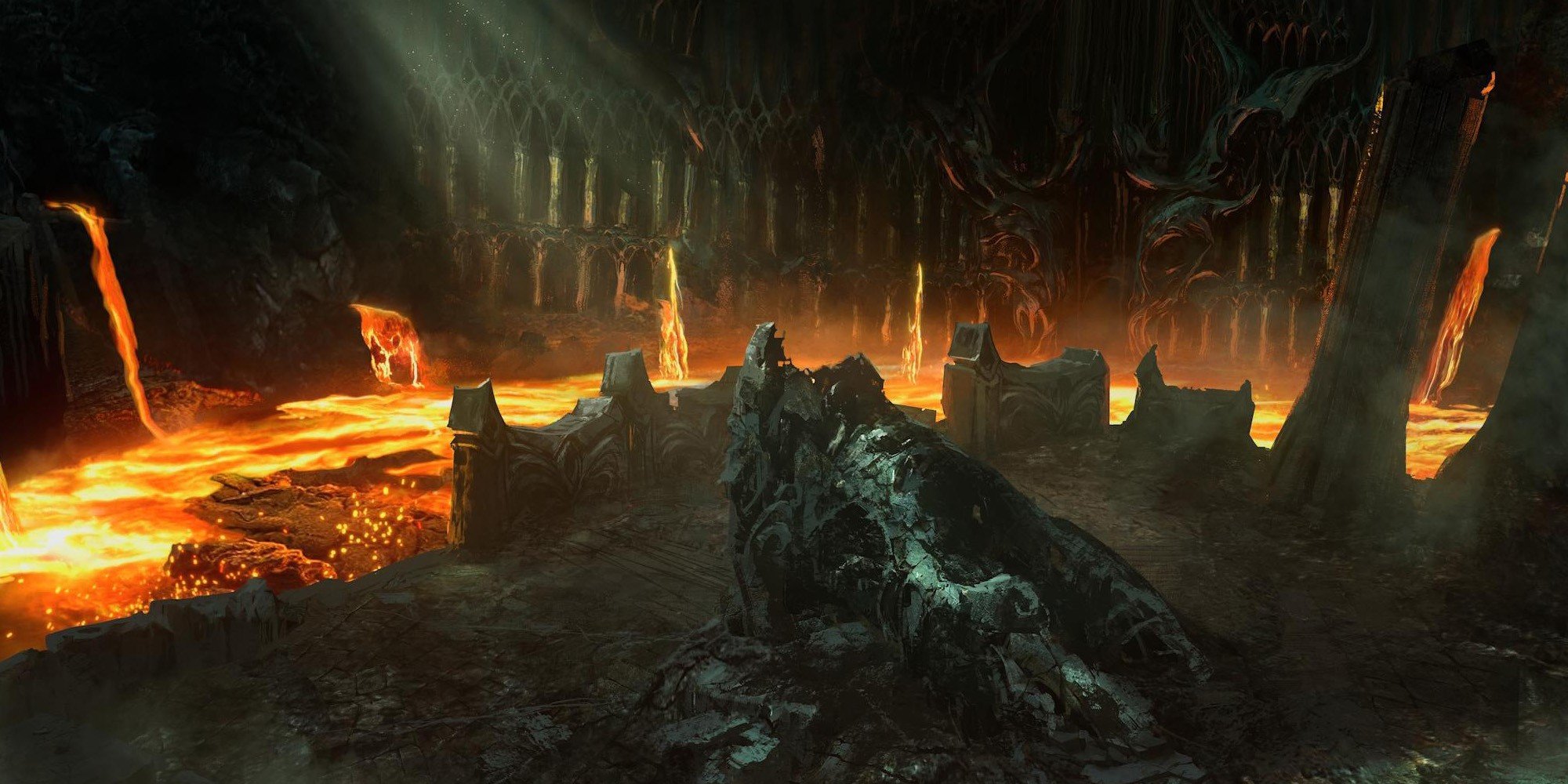