The Tutorial is the starting area in Demon's Souls and Demon's Souls Remake. Here you can learn the basic concepts about combat, its mechanics, and how to play the game. This area features the Outpost Passage, the Forlorn Outpost, and an Unknown Egress. For concepts and help for new players, you may also want to check out New Player Help 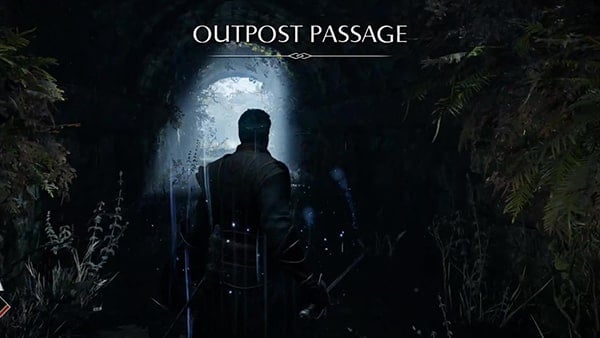 After creating your character and the cinematic, you'll spawn in a large flooded tunnel called the Outpost Passage, you can only move forward for now. Once you pass the archway, turn slightly to your right and you'll find your first enemy, a Dregling. It is slow and weak, you can dispatch it easily with a few light attacks. 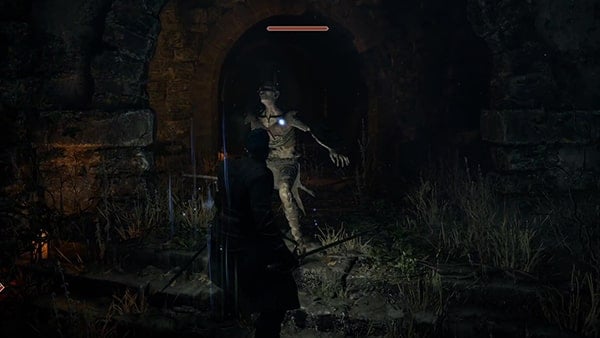 To your left there's another passage, take that route and keep moving forward. Eventually, you'll reach a small staircase to your right. Turn to it and you will find another Dregling. Take care of it, and go through the tunnel. 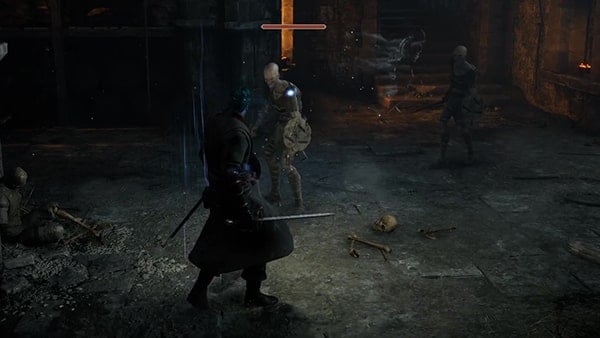 Once you are out of the tunnel, you will see there are two Dreglings. Even though they are weak, be mindful of your stamina when fighting them. Try to take one at a time. Keep going through the long staircase, beware of the Dregling that comes out on top. It lunges towards you. 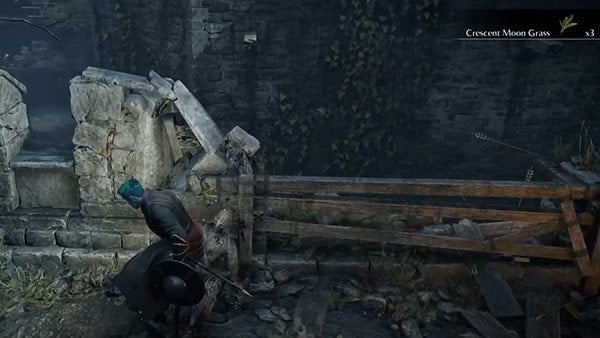 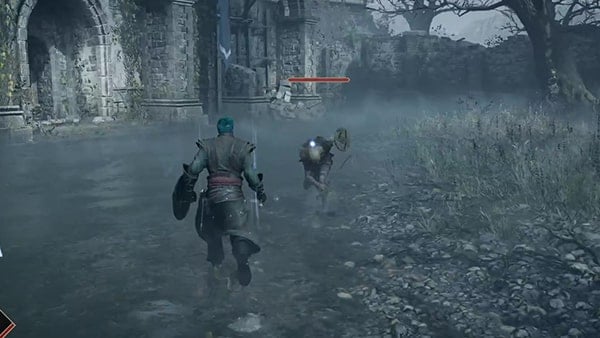 Vault over the wooden railings where you'll find yourself in a swamp-like area now. Again, four Dreglings will come at you. Try to deal with them one by one and not rush forward because this will cause all four of them to aggro you. Once they are dead, head to the gazebo-like structure at the end of the area, you will find a shiny object in the middle, it is called an Archstone. Interacting with Archtones teleports you to a new area. Behind the gazebo-like structure, if you check the corner, you can find x2 Crescent Moon Grass behind some grass. 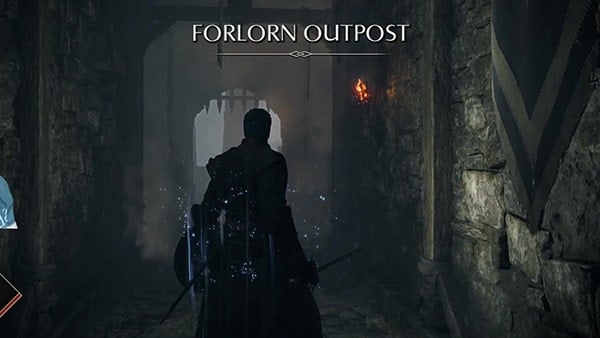 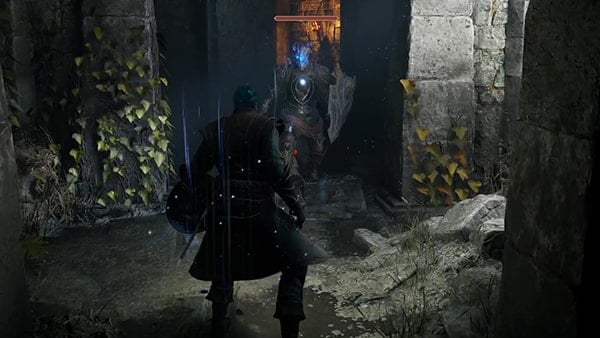 Once you go past the archway to your left, a  new type of enemy will approach you. The armored Blue Eye Knight. If you time it right, you can one-hit it by performing a well-timed parry. Once dealt with, keep moving forward. Another Blue Eye Knight appears and this is a more defensive-minded one than the previous one. He holds his shield up and sparingly attacks. When it does, is your best chance to parry and one-hit it. 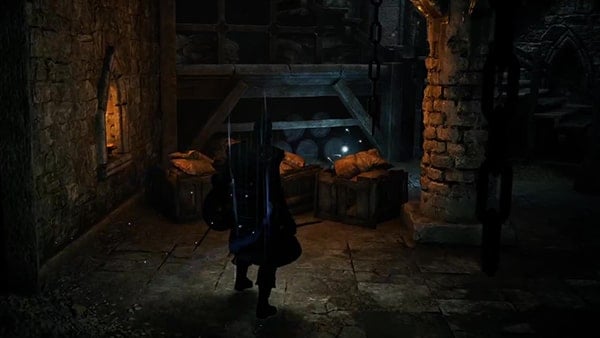 Go up the wooden stairs and in this hall, you will find a few boxes and barrels. Smash them to reach the body that lies beyond them. Examine the corpse to obtain x1 Half Moon Grass. Keep going up. 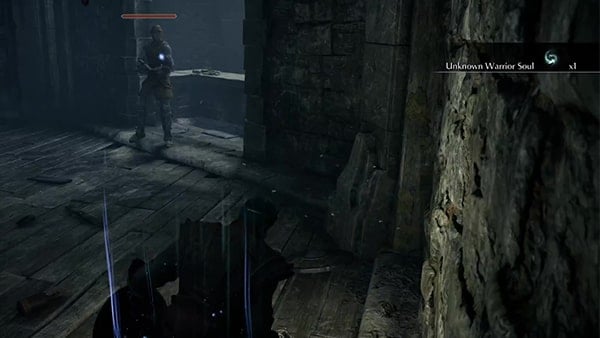 In the next room, to your left, under an archway, you will find a Boletaria Soldier wielding a crossbow. It's easy to dodge, wait until it attacks, and then rush it. After killing it, you can loot if for x3 Crescent Moon Grass. Now you can examine the nearby corpse. It contains an Unknown Soldier's Soul (or Unknown Warrior Soul in Demon's Souls Remake). 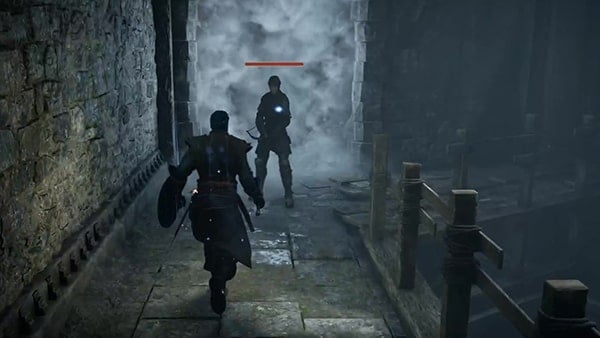 Now turn right and go through the improvised wooden bridge until you arrive at a room with a furnace in the middle. Follow the stairs to the left. On top of said stairs, there is a sword-wielding Boletaria Soldier, and behind him a crossbow-wielding one. After dispatching them, you can loot the Crossbow-wielding soldier for x3 Crescent Moon Grass. Pass through the fog by interacting with the door. 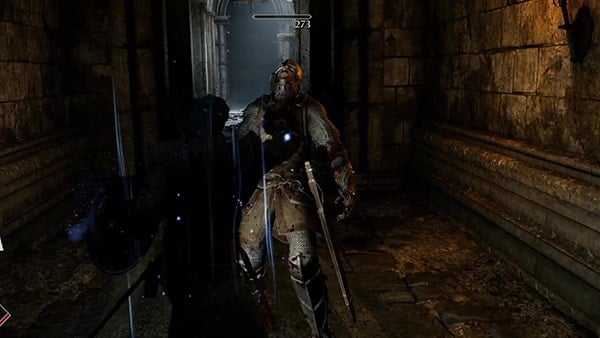 Once you go past the door, a Boletaria Soldier will attempt to rush you from your left. Block the attack and kill it. Once killed, head to your right to find a corpse lying under a door. Examine it to obtain x2 Half Moon Grass. 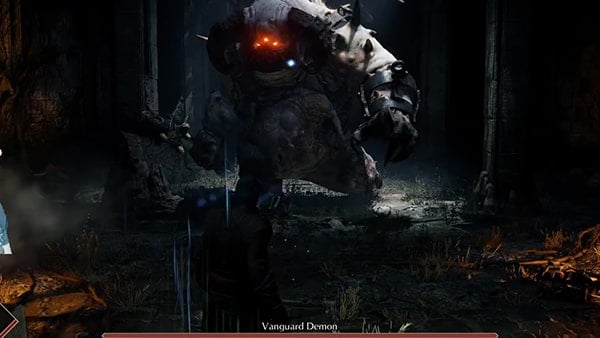 Now head back to where the Boletaria Soldier attempted to rush you and keep going through the stairs. At the end of the path, there is another Fog door where you will find the first boss, Vanguard Demon. The Vanguard will probably kill you, and by doing so, you are sent to the next area, The Nexus. If you defeat the boss, you'll obtain x1 Gray Demon Soul and you'll be able to teleport to an unknown area by touching the archstone.

Now in the hallway of the lower section, check behind the first torch on the right to examine the remains to find x2 Full Moon Grass. From here, you just need to go straight and check the remains that have a glowing light.

You'll find the following from the remains:  x3 Hardstone Shard, x3 Sharpstone Shard, and x3 Renowned Warrior Soul. After looting all the remains, approach the large demon which is the Dragon God, and a cinematic will trigger. You pretty much die here and you'll find yourself in The Nexus.